You don't have to travel to Bolivia to see a salt flat, just 40 kilometres south of Blenheim to Lake Grassmere.

Seddon resident James Morison was leaving his work at Flaxbourne Station a few weeks ago when he first saw what he thought was water in the dry lake.

"I looked out my window and I thought, they must have fixed the intake and the water's in," Morison said.

"And then I stopped the car because something was wrong and I had another look, and it was just shimmering."

"And then you focus and realise it's all just salt, there's no water. It was quite amazing."

He said the sight was best enjoyed on a fine day when the sun was high, usually around 3.30pm or 4pm. He had enjoyed leaving work each day to catch a glimpse of the phenomenon.

Morison said the expanse of white reminded him of the movie The World's Fastest Indian and looked like what he imagined a mirage in the desert would look like. 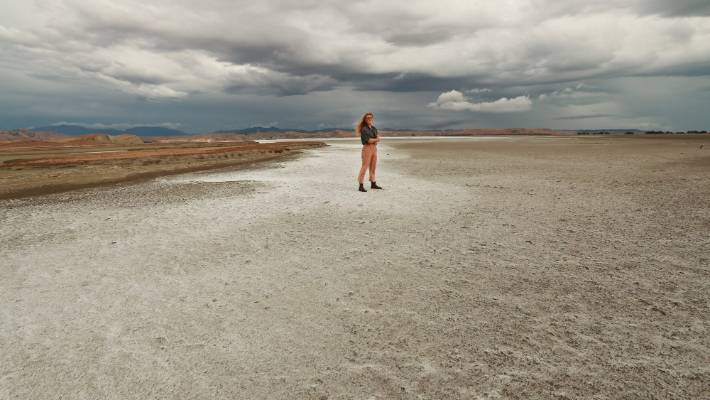 "I imagine walking over one of these brown hills, seeing that mirage and thinking it's water and going "wow" and running towards it and it's just salt."

Salt flats occurred naturally in several locations around the world, the largest being Salar de Uyuni, which stretches across 10,582 square kilometres in southwest Bolivia. 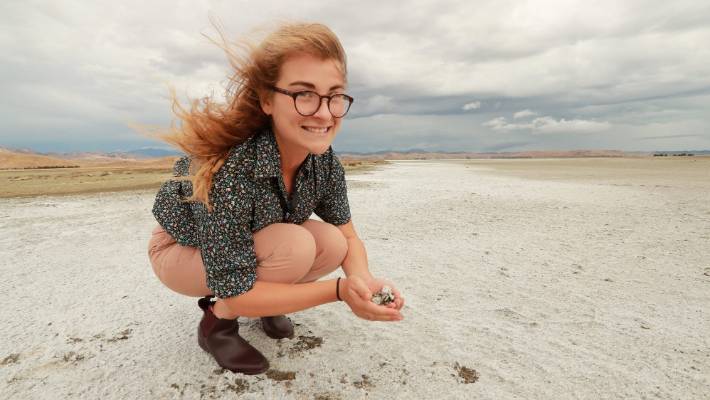 While it appears to be water from afar, the lake bed is purely shimmering salt.

"What we've got this season which is different from usual is very strong evaporative conditions," McLeish said.

"We've had lower than optimal main lake levels, and the two combined basically means that the lake level is extremely low if not dry in most places." 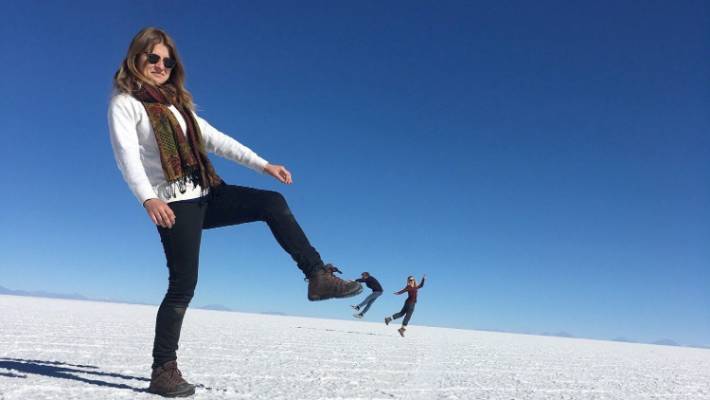 Sophie Trigger at the largest salt flats in the world, Salar de Uyuni, in southwest Bolivia.

"That, I believe, has led to what you're observing - the sun and the heat on the bed. You've got the salt deposited on the lake and you're getting a bit of reflection."

The 17 square kilometre lake, where the effect could be seen, was the main pond for the salt company - and normally full of water. From there, the liquid was moved gradually into smaller, shallower ponds until an eventual brine could be harvested as salt crystals.

He said the drier season for the salt company meant the flow of water into the lake was lower than usual, but would be back to normal within a few weeks. 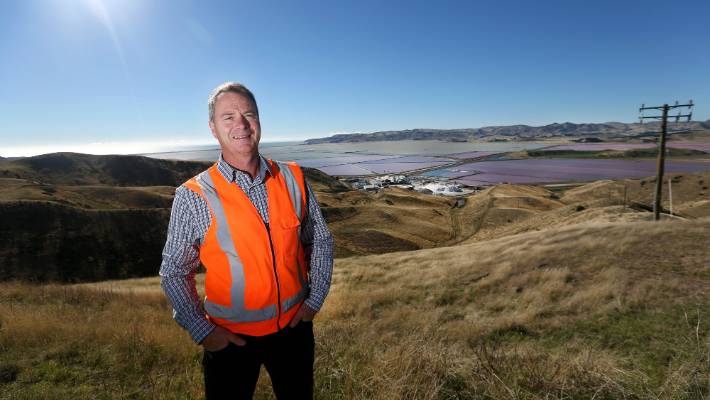 "We're pumping seawater into it, and if there was rain there would be fresh water into that lake. So that salt will be re-dissolved and taken through the system."

Lake Grassmere's salty expanse was not the only potential tourist attraction in the area. The Saltworks' pink pools - a colour created by bacteria and algae mixed with brine - could be another Latin American wonder, comparable to Mexico's magical pink lagoon. 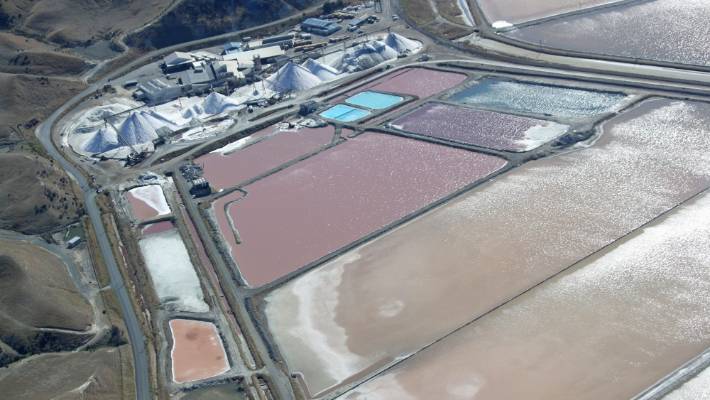 Dominion Salt harvests salt after moving the liquid from pond to pond, until it becomes a crystal that can be harvested.